First of all apologies for the lack of post-race reports over the past while. Since the race at Glenmore we have had some big races with some of the club members travelling as far as Waterford for juvenile All-Ireland races. Before I write up any reports I’d like to thank the parents who put so much time and effort into getting the athletes to training and races – especially when it means travelling away and staying overnight in hotels.
We have been well represented at Ulster Cross Country both even and odd age groups at Kilbroney and Gransha in Derry. We have also been to All Ireland championships for the same age groups in Santry (Dublin) and WIT in Waterford.
The following athletes have represented us at Provincial and National levels:
Olivia, Caitlin, Tara, Meave, Gemma, Dara Convey, Dara Connolly, Ultan, Odhrán, Sean and Cathal. From the Ulsters we had Olivia, Caitlin, Ultan, Odhrán and Cathal qualify and represent both club, county and province at National level. This is a fantastic achievement on all levels from parents, to coaches and most importantly to the kids who put their toe on the starting line and run in muck, rain, wind and cold. Everyone involved at the club is immensely proud of you and look forward to coaching you through the Spring and Summer and into another Cross country season next year. With a bit more effort, and Damien’s new “marginal gains” programme being devised as we speak, we hope to improve on our times and places next year.
We’d also like to thank Ron Hill for sponsoring 10 sets of beanie hats and gloves, and also more recently Buff Headwear UK for sponsoring us 32 Buffs for coaches and athletes to help keep warm in the Winter Season.
I have too many photos of Ulster and All Ireland Cross country races to individually put captions on, so they will be put in a separate gallery folder in the very near future.
We hope this squad sticks together for a while to come and look forward to continued hard training and success.

3 Ways AC, a juvenile athletics club formed in the Newry area some 15 years ago. After a brief merge with Newry City Runners, we have reformed as 3 Ways AC and going forward will strive to produce athletes who will compete at all levels of underage athletics and cross country. We have no pre-requisites for joining and welcome kids of all ages and abilities. All we ask is that members turn up regularly at training, put in 100% effort, and attend events when and where possible. Whether they come first or last is of no consequence - if they train regularly, strive to improve and ENJOY themselves, we can ask no more than that! This website belongs to everyone involved in 3 Ways A.C. so feel free to contact us with suggestions for improvement at threewaysac@yahoo.co.uk, use the "Contact us" form on the site, or join up to the facebook or twitter feed. 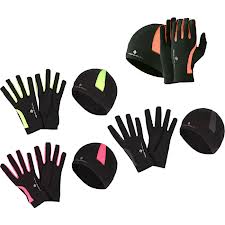